Over the weekend I finally had the opportunity to install my K&N typhoon cold air intake. I disassembled the factory airbox on Saturday and installed the CAI with some help from my father on Sunday. 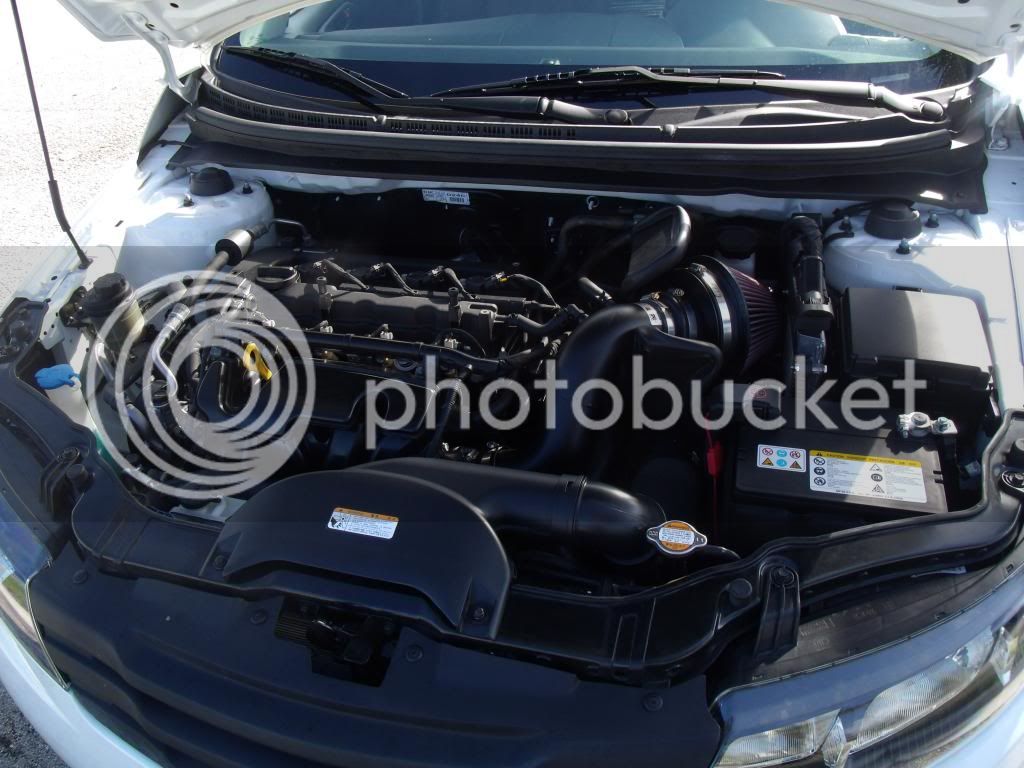 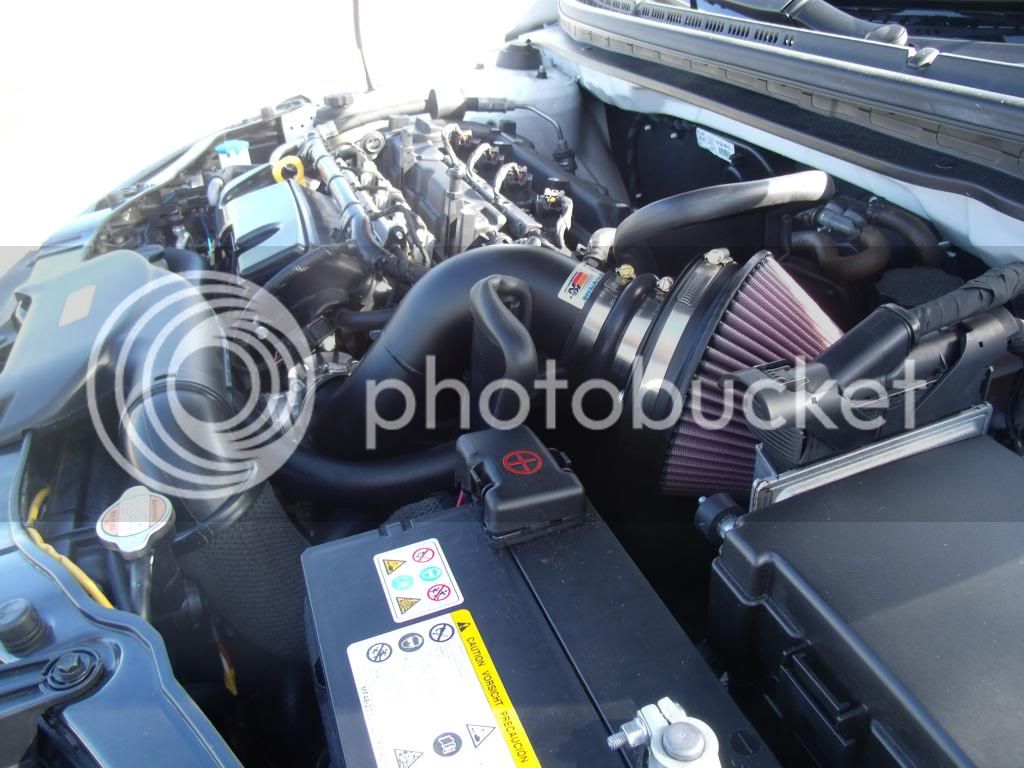 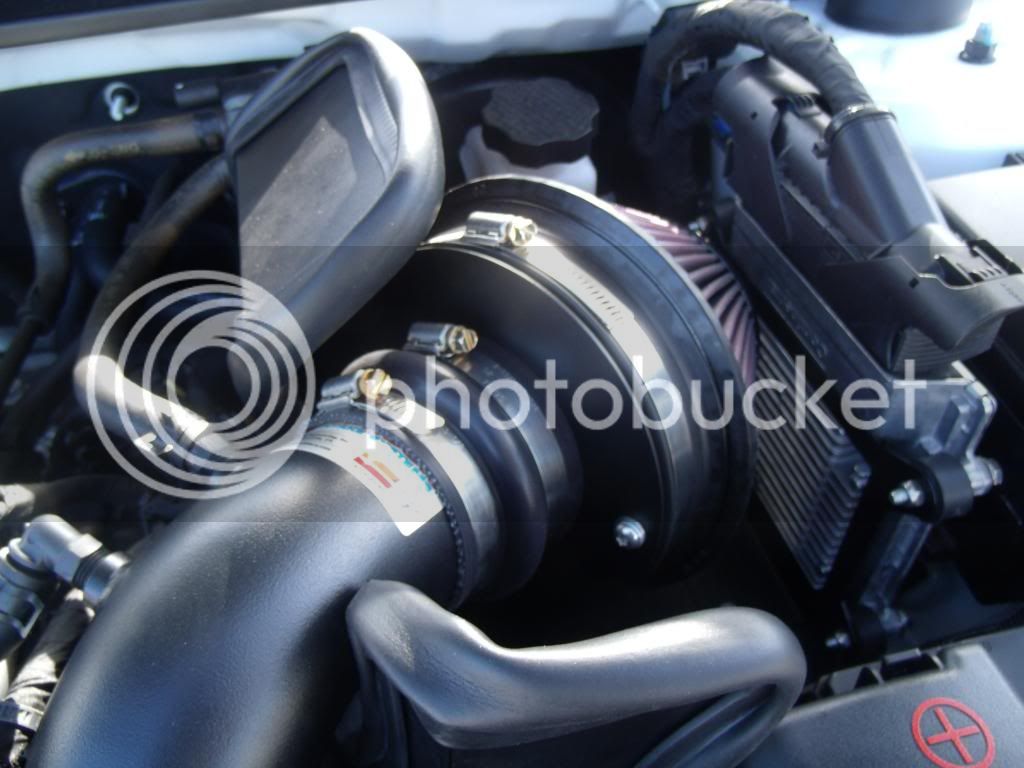 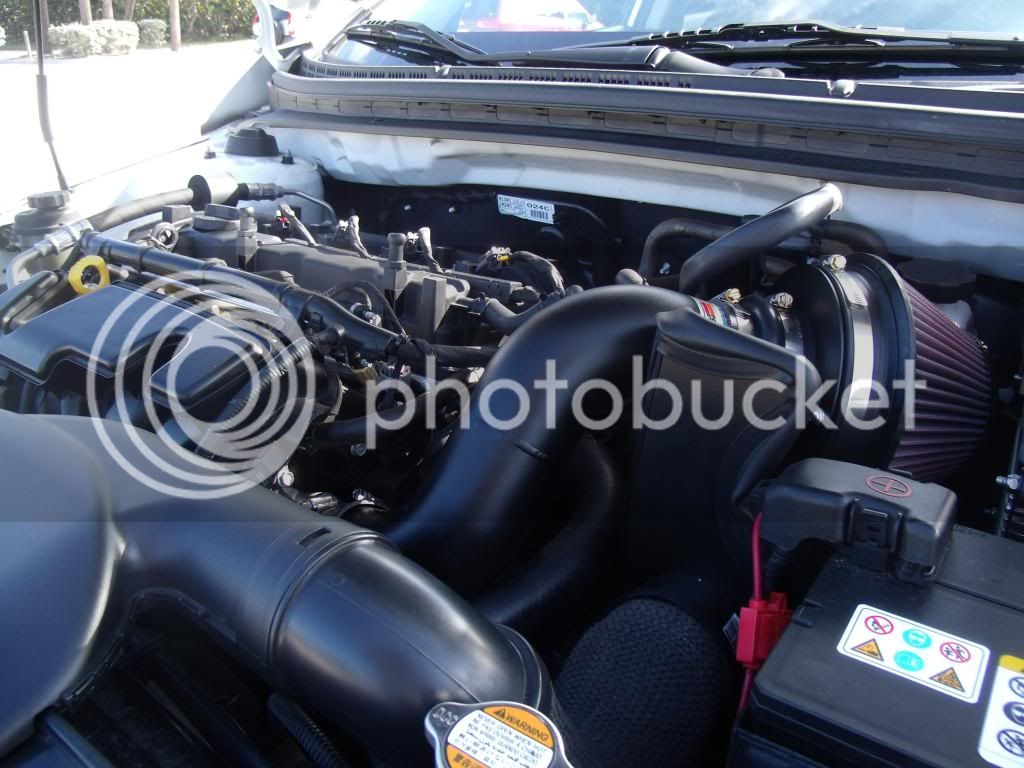 I didn't originally think this would be a very difficult job. I released the latches of the airbox, loosened the binds attaching the pipe to the airbox and the engine, and removed it. Then, I removed the air intake from the frame at the front and pulled that out. The engine cover came off easily, just being pulled up from the front with a gradual increase in pressure (I decided to leave it off for now). The clips holding the EVAP and air lines were tricky, but I advise anyone attempting to get them off to use gloves instead of attacking them with plyers or they may snap. Last part of disassembling? Removing the air box from the ECU of course...what a pain. I took the longest 10mm wrench I had and slowly worked at the bolts in the 2" space, it took about 20 minutes to separate them.

The bracket for the new metal surround attaches to the frame of the car below the suspension housing. HOWEVER, the screw occupying the hole the bracket was to attach to was too big to fit in the bracket, so some drilling of the bracket was necessary Make sure you pay attention to which washers and screws to use when bolting the housing together, otherwise you will run out of the correct size screw towards the end of the rebuild. Additionally, the cone filter itself needs to be pulled back onto the aluminum pipe as far as possible to prevent it from rubbing against the ECU, it is a very tight fit.

WOW! The car sounds absolutely fantastic. A car like mine that rarely sees highway duty may not feel the performance benefit too much, but every prod at the accelerator sounds so much more menacing. To illustrate this, the car no longer sounds like it's sneezing as you speed up, it growls. I wish I had a GoPro or some other device to capture the sound the engine produces now. If anyone wants any sound clips or additional pics, I'll do my best.

Definitely well worth the $$$!

Ya just can't match the sound or the look.. 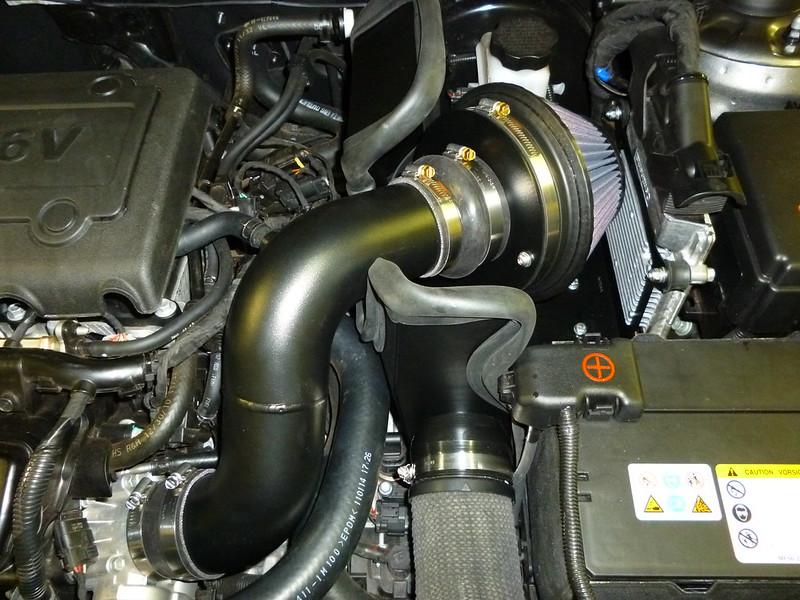